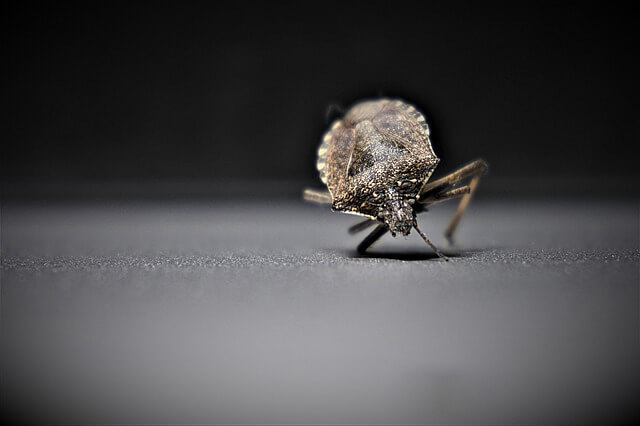 HOW TO IDENTIFY BEDBUGS

HOW TO IDENTIFY BEDBUGS

A few different bug species bear resemblance to bed bugs, such as booklice, cockroach nymphs, bat bugs, swallow bugs, spider, and carpet beetles, including fleas and ticks, which are among the most common. It is necessary to identify which insect infestation is present in your home to apply the most beneficial treatment of eradication.

These mini creepy crawlies can wiggle their way into any small crack and opening with their flat egg-shaped bodies, hence why it is such a perplexing mission to uncover them. The little blood suckers range from an original pearly white color, to a lighter brown complexion. After they have feasted on your skin, their bodies balloon in size and they transform to a deeper reddish shade of sienna.

Excrements may be found in your sheets, on your pillows and linen. Not only do they leave dark reddish spots behind when they are crushed by you during your nighttime snooze, but also a funky, musty, and whopping odor is secreted by their scent glands.

These little chinches are commonly known as “World Travelers.” They latch and cling onto absolutely anything, including clothing, luggage, furniture, to name just a few. They may be unintentionally conveyed from one premises to another, or even skip a few cities, where they ultimately cause an infestation.

How to differentiate between fleas and bed bugs

Why the above-mentioned insects may be mistaken for bed bugs?

They are commonly found inside homes and appear pale and chalky in color at first, but turn reddish to brown, which may be remarkably like that of bed bugs.

A distinction between the two is cockroach nymphs are less likely to bite humans and found in damper spots, other than your bed and linen.

If you do spot one, you need to act accordingly, as the nymphs turn into cockroaches, leaving you with a considerable damaging pest problem if you do not wipe them out.

Also commonly mistaken for bed bugs as they are almost identical in appearance, with small flat oval shaped bodies. They feed on the blood of bats, therefor not likely to be anywhere near your bed, but rather sheltered areas, like attics and caves.

They are generally found in cliff and barn swallow nests but are also known to find their way into your home – another little traveler. Bed bugs, swallow bugs and bat bugs are all related to the blood sucking family specie. However, swallow bugs have smaller bodies, covered in long fine hairs with attaching antennas.

They are remarkably like bed bug nymphs, but slightly slimmer. Their color is lighter, even translucent in appearance, but changes to a somewhat milky yellow or browner shade. They do not prey on blood, but rather fungi and pollen.

These deathwatches prefer to roam in your bedroom, rather than in your bed.

Their appearance is very much like that of small spiders; however, they have rounder shaped bodies covered in glossy armor and two antennae near their heads. These minute creatures are often found in your pantry as they are after food.

Signs to look out for if you have bed bugs:

Most commonly, they leave their mark on your skin with a red itchy bite or bump mark during the night. The blotches can be irritating and lead to scratching with possible bleeding, causing infections.

Bed bugs tend to leach on exposed skin areas, like your arms, shoulders, legs and ankles while you are sleeping away. They may leave you with red spots only, if you do not have an allergic skin reaction.

You are more than likely going to spot blood stains on your linen when you wake up in the morning. The brownish stains are either from you squashing them during the night or from shedding their skin or feces as they molt several times. It is crucial to address the problem immediately as this may lead to a serious infestation.

Bed bugs are probably one of the most tenacious pests to get rid of. It is not advisable to take control of this infestation on your own, even after you have identified which pest has invaded your home. Bed bugs are nocturnal and exceptionally evasive little nuisances. Therefore, it is recommended to make use of a reputable pest control company to ensure they are completely eradicated.

If you have an issue with bedbugs call us on 1300 760 045 to schedule your appointment and save you from further sleepless nights. You do want to sleep tight and not let the bed bug’s bite!

How to – Bedbug Inspections

Am I being bitten by bedbugs

Where did I get the bedbugs from